The Carhartt Company was founded in 1889 by Hamilton Carhartt. He started with just two sewing machines and five employees. The beginning was less than successful for Carhartt, but after consulting with railroad workers, he succeeded by giving them just what they needed – the union-made bib overall. 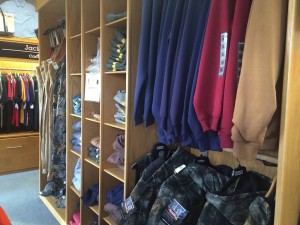 Operating under the motto “Honest value for an honest dollar,” Carhartt soon grew his company to include mills in Georgia and South Carolina in 1910. Sewing facilities across the United States, Canada and the United Kingdom were also added to the company to keep up with demand. 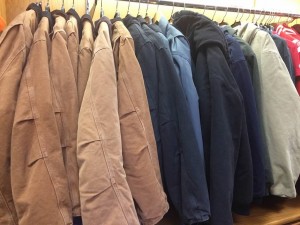 During World War I and World War II, seven Carhartt facilities were loaned to the U.S. government to create garments and uniforms for soldiers and workers. 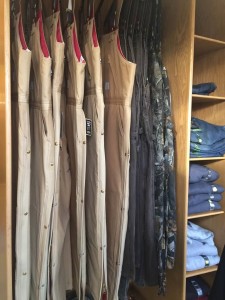 Since its first humble beginnings, Carhartt has continued to make garments that are rugged, durable and, yes, stylish. Today they feature many new technologies, including Quick Duck, Storm Defender, Rain Defender and more. 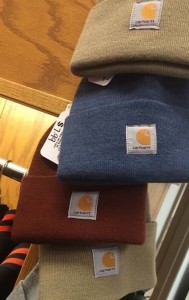 We are proud to carry a wide variety of Carhartt outerwear and apparel in our main store in Wisconsin. Carhartt may also be ordered through the Personalized Products mobile unit, currently located at WEF in Wellington, Florida.